Iona Community- Vancouver, Washington: Following In The Footsteps of Columba

In May 563 St. Columba and a small group of faithful missionaries landed on the desolate Island of Iona off the west coast of Scotland to devote their lives to reaching people of this pagan culture. Scotland had seen some influence from the Gospel many years before, but her monasteries lay in ruins and the faith of the people, in the few places it still existed, was by in large a shallow superstition. Landing with very little by way of provision, Columba and his fellow workers set about the task of rebuilding the ruins of the monastic communities and to reach the souls of Scotland through a strategy of community, contemplative spirituality and intentional training and sending of missionaries. For the next 35 years, Columba would lead the Abbey at Iona to become a center for discipleship and training and see her people make deep inroads into the Scottish culture, bringing many people to the knowledge and love of Christ. 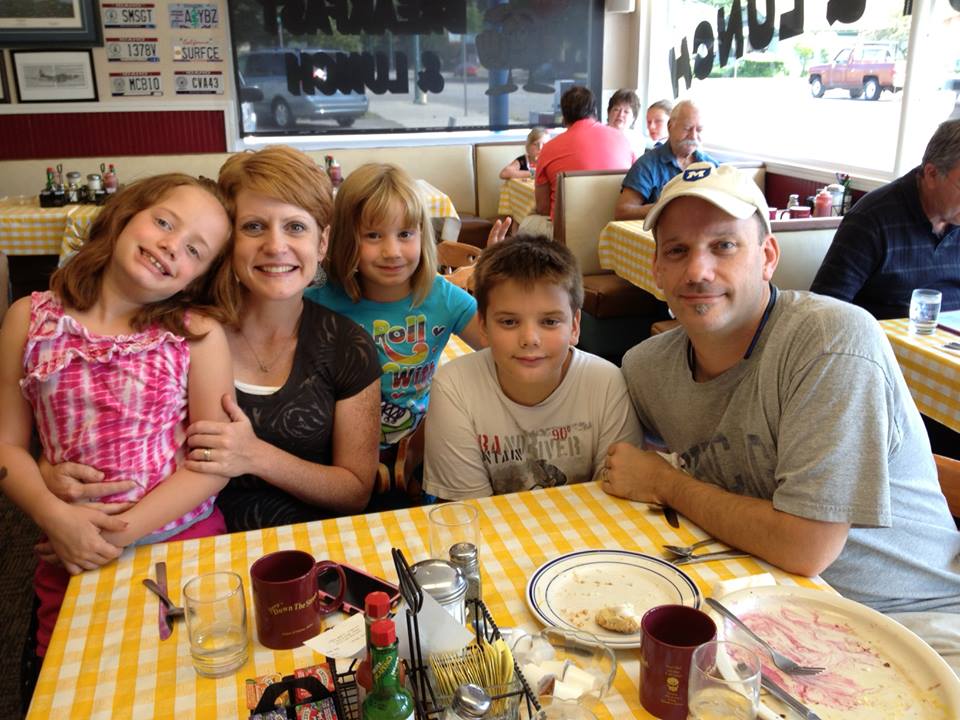 In 2012 Bob Edwards was a man with a heart for another place with a great need for the influence of the Gospel. Bob saw Vancouver, Washington as a place that mirrored Columba’s Scotland as it had a history of the work of the church in its midst, but that work had weakened and was in need of revitalization. Bob found inspiration in the life and work of Columba and began to think that just as the cultural situations were similar, so would the solution be. He began to dream of a community of contemplative spirituality that would be a center for training and sending missionaries. Bob had been called to plant a church.

Having caught this vision from God to start a church that would be a monastic-like training ground, centered in community and outreach to culture, Bob knew that his work needed to be called “Iona Community.” He shared his vision with his bishop, The Rt. Rev. Kevin Allen, who was very supportive. Bishop Kevin said to Bob, “I cannot promise you money, but I can promise you mission.” Perhaps words that St. Columba had also heard 1500 years ago. With the blessing of his bishop, Bob carried on.

Like St. Columba, Bob would not be doing this alone. Bob’s wife Sami and their children faithfully walked with him into this work as did the wider church. He was ordained a priest at St. Matthew’s Anglican in Portland, and with the help of the Rector, The Rev. David Humphrey and the congregation, formed a core group of people who shared in his dream. St. Matthew’s has been extremely supportive of Bob and the vision for Iona, providing administrative support and oversight of the plant and providing people and prayer. Bob recounts the generosity and blessing given to Iona by St. Matthew’s saying, “Iona Community would never have been possible without prayer and the faithfulness of St. Matthew’s.”

As is the reality for so many planters in the Anglican Church in North America, Fr. Bob is planting Iona Community as a bivocational planter. Besides his work as a planter, he works full time in the insurance industry. Bob does not see these two vocations as separate, however. In fact, working bivocationally has provided a platform to see the Lord do amazing things. He has incredible stories of how God has given him opportunities to share the Good News in his work context. Recently he went into a sales meeting, and the group of women he was presenting to found out he was a pastor. “They started praying for me, right there in the sales meeting. It was awesome; I very quickly found out they were Charismatic when tongues started flying. It was very surprising, and a joy to connect.” In another sales meeting, a man found out Bob is a pastor and opened up to him about a chronic disease. Bob then had the opportunity to pray with him. “If you just keep your eyes peeled, there are opportunities all the time to share the Love of Christ with people in the workplace. I can still be a Priest, even in the insurance business.”

Iona Community is in the very early stages of forming. “Currently, we do a Eucharist service at 5pm and then have a family dinner. We’re averaging about 32 per week, comprised of our core team and some others who’ve connected through us locally or via the web or Facebook. We’re slowly building relationships with the broader community, trying to make organic connections relationally. For the future, we’re focusing on connecting to things God is already doing in the community and discerning where God would have us serve. The beauty that God is working in us right now is the beauty of relationship.”

Bob tells many stories of communal transformation. “I hope the sermons and music inspire us, but we&ssquore really trying to listen to the Holy Spirit and build a community of Christ followers. We are learning what it means to be an imperfect community gathered in the power of the Spirit. We’re nurturing one another and growing together.” This focus on community is already bearing fruit. Bob tells the story of a man in the community who had recently had surgery. The people of Iona prayed and anointed him with oil and he began to cry saying “I can’t remember the last time someone took time to pray for me.” Bob responded “that’s just what we do.”

Bob describes the vision of Iona to “be a place of grace.” He says, “we have lots of people who have been burned out by church, so we’re working hard to be genuine in what we’re doing. As we think about our lives in Christ, as we share that with other people, God can use us to be flags, tattered and frayed to be sure, but signs that point to His presence and reign and therefore new life.” It is on this foundation of deep community that the mission of Iona Community is being built.

St. Columba landed on the island of Iona with few people and even fewer resources, but with a calling and a dream for a community that would reach the people of Scotland. Fr. Bob Edwards is in a small rented church in Vancouver, Washington with a small core group, a bivocational ministry and a hunger for the people of Washington to hear the Good News of Christ. There is an abbey that stands to this day on the island of Iona, a testament to St Columba’s faithfulness and desire to make disciples and send out missionaries. May the work of Iona Community- Anglican church plant bear the same fruit and share the same legacy.