Living Up To Its Name: Church of the Advent- Washington, DC

The Latin “adventus,” from which the word “Advent” derives, translates as “a coming or arrival.” For Christians, the season of Advent is time of eager expectation and deep preparation for the coming and arrival of Christ. It is not an easy season, requiring perseverance, patience and humility that reminds us each year to practice the discipline of waiting on God’s unfolding plan. It is in the spirit of this season and its sense of expectation in action that The Church of the Advent in Washington, D.C. is being planted. Remembering the start of its journey, rector Tommy Hinson remarks that “from the very beginning, the church very clearly got started by a move of God. This was happening with or without me. In the early stages, it was simply about listening and discerning what God was doing.”

Tommy’s involvement in this move of God began when he was a student at Furman University. An agnostic and critic of Christianity, Tommy did not anticipate that his heart would be captured by God, nor did he foresee that his journey would take him to Gordon-Conwell Theological Seminary and on to ordination and church planting. It was God’s call that brought him into pastoral ministry and into a focus on urban church planting. He spent time post-seminary as a mental health counselor to underserved populations in Boston until God pulled him toward the D.C. area through a series of relationships. When Tommy told his then-fiancée (now wife), Laura, that he felt burdened for D.C., he discovered that God had already been pulling Laura’s heart in the same direction. There was a sense of expectation, a sense that God was about to do something profound.

The Hinsons’ journey brought them to the ethnically diverse community of Columbia Heights. The Church of the Resurrection (Rez) on Capitol Hill with The Rev. Dan Claire was already established on Capital Hill and had a vision for planting more churches in the city. In 2007, Tommy began working with Rez Church to begin the process of discernment and gathering to plant. A small group from Rez gathered to pray and to listen for the Lord’s guidance. The group grew quickly and in January 2008, they were commissioned, sent out and started Sunday worship services.

Tommy had never anticipated becoming the rector of Advent. Because everything was so new to him, he had 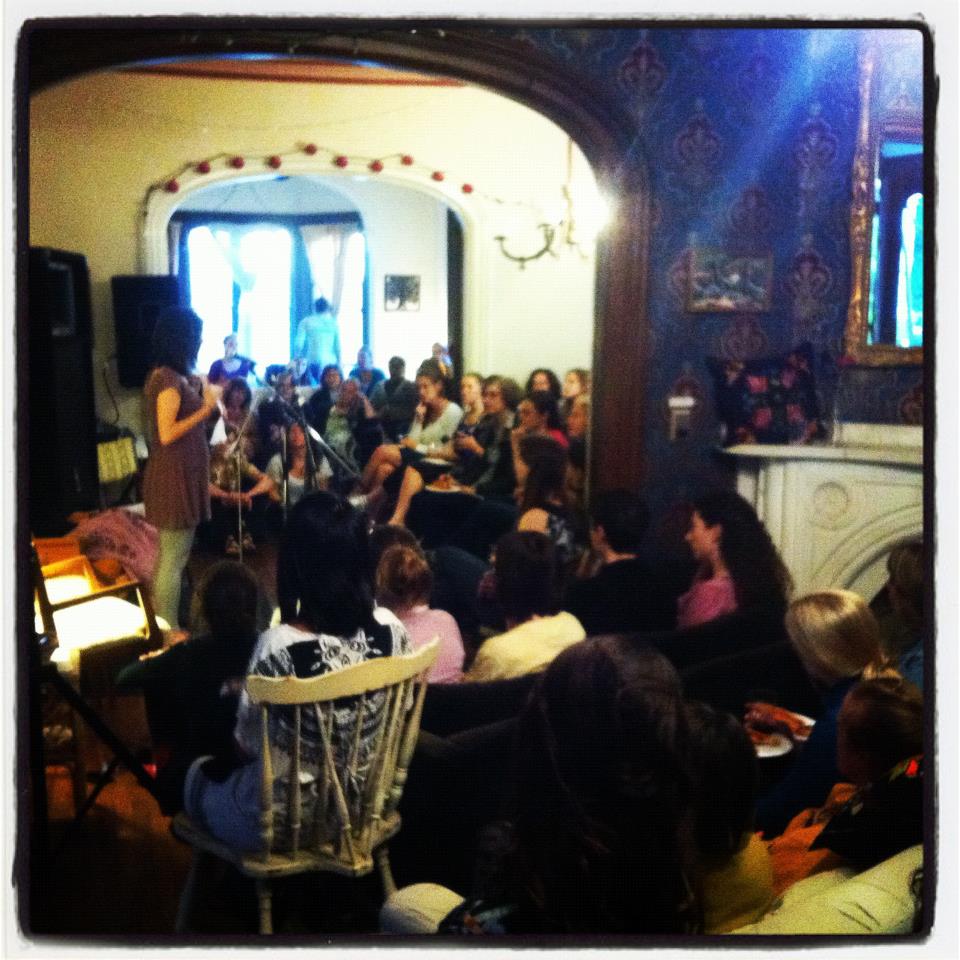 no “illusions of competence” and knew his need for God’s guidance. He describes the process of church planting as listening and asking such questions as “What movement is God doing? What is in His people’s heart?” The church began in the context of those questions, and in response to faithful asking, God gave them a vision for renewal in Columbia Heights and in D.C. by loving their neighbors. In a city with terrible race relations, poor schools, violence, and HIV on par with sub-Saharan Africa, the people of Advent knew their work was significant and dedicated themselves to “loving the city long term.”

As they tried to discern how to work towards this goal, they felt the need for two things: people in the church to move within walking distance of the community and opportunity in the issue of their children’s education. As they prayed for these things, God moved in miraculous ways. Five families bought homes in the community and still others began to rent or buy in the larger neighborhood. In addition, the Hinsons’ son won a lottery at incredible odds to attend a charter school.

Meeting space in D.C. is notoriously hard to find, but they were able to procure a spot in a historic building with a diverse history that included the preaching of MLK and the playing of punk bands. With no AC in the summer, unreliable heat in the winter, broken windows that used to be stained glass, and pigeons roosting in the rafters, the space was a picture of the broken community the church was coming into.

Ravaged by race riots in 1968, for decades Columbia Heights was known as the worst neighborhood in D.C. Now, revitalization efforts that began in the late 90’s have resulted in a neighborhood where both sides of the economic spectrum dwell. Advent’s website describes it as “a microcosm of the unique crossroads of wealth and poverty, power and weakness that is Washington, D.C.” As they worshipped and sought after God’s vision, members of the church began taking coffee to the homeless, and relationships began to form. Tommy remembers how incredible it was to see “chronic D.C. homeless people meeting young professionals.” Advent was bringing true revitalization to the hearts of a community that no amount of city-sponsored economic reconstruction could bring. The people of Columbia Heights were receiving a hope that God was moving and expectation that his move included them. 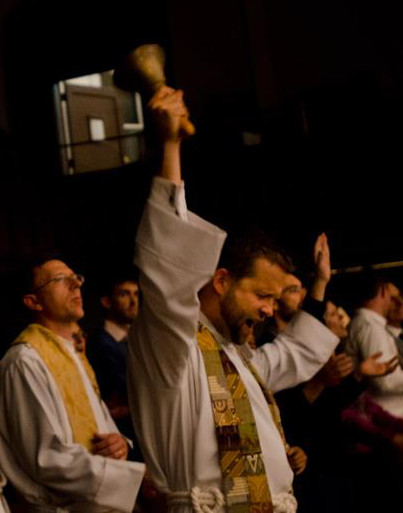 Currently, the Church of the Advent meets in a rented space, the number of actively involved attendees ranging between 250 and 300. They are in a diverse neighborhood and are striving to become an increasingly diverse congregation. Two of their key focuses are the foster care system and AIDS service. As an Anglican Church, the question of accessibility of the liturgy within their community has been a concern for Tommy and Laura. Tommy describes their use of liturgy as a “nice setting for the Jewel of Jesus…making it less about form and more about narrative.” They set the tone of worship by committing to take God more seriously than themselves and they take care to guide congregants through the service.

The heart of The Church of the Advent is community. Instead of programs, they focus on CORE groups (Community with a purpose, Open to All, Renewal through Gospel, Enjoyment of God). Within these groups discipleship, relationship and mission occur in a family atmosphere. Each group chooses a focus and collaborates to minister to the city, whether it be in racial reconciliation, serving children or environmental restoration. There is also an evangelistic component, with a large number of non-Christians becoming involved as they are invited to be a part of these small communities and often times then into the body of the church.

In keeping with the tone of the church’s beginnings and remaining faithful to their namesake, Advent is moving forward in the ancient pattern of open expectation and waiting on God. Tommy describes the concept of Advent as “coming full circle: again asking God ‘What’s moving?’ ‘Where are you going?’ What do you have for us in this season?'” By pursuing urban planting through a Gospel-centered Anglican tradition, Church of the Advent is bringing a foretaste of the true Kingdom in the midst of one of the most powerful cities in the world. Planting this church is not an easy season; it requires perseverance, patience and humility, but the joy of the coming Kingdom is evident even now in the hearts and work of the people of Church of the Advent and the lives being changed through their work.

Let us keep Tommy and the people of Church of the Advent in our prayers and be bold in following their example!