Structuring A Diocese For Planting

St. Luke reports in the tenth chapter his Gospel that in the middle of our Lord’s ministry, he sent 72 of his disciples out to “Heal the sick in (the cities) and say to them, ‘The kingdom of God has come near to you.’” Before Jesus sent them, He told them: ““The harvest is plentiful, but the laborers are few. Therefore pray earnestly to the Lord of the harvest to send out laborers into his harvest.” When God through Archbishop Bob Duncan sent us out to plant 1000 new churches that bring the healing of Jesus Christ and the Good News of His reign to North America, a group of people who had been working in the Diocese of the Mid Atlantic (DOMA) for years in church planting were reminded of the mission Jesus issued to 72 of His disciples, and His command to pray for laborers. They formed a canonical group in their diocese called the Great Commission Committee whose church planting efforts have recently been named L10-2 (as in Luke 10:2), reminding all who hear their story of our Lord’s command to pray for laborers.

Currently, L10-2 has 200 people praying daily for specific church planting requests in the diocese. By their faithfulness in prayer, God has raised up leaders, resources, and visions for planting all throughout Virginia, Maryland, and West Virginia (and soon Delaware!). And from workers being sent into the field, God has raised up churches. In the last three years, DOMA as a diocese has planted 13 new churches through their L10-2 efforts. 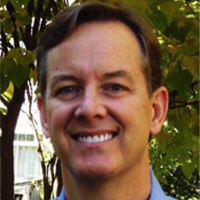 We spoke with Father Clancy Nixon, the chair of L10-2 and Rector of the Church of the Holy Spirit, Leesburg, VA, to hear more about the amazing work God has been doing through L10-2. He told us how a new approach to planting, one that is organic and focuses on leveraging existing resources to their maximum potential has been incredibly fruitful in the recent work of DOMA.

Clancy told us of three very recent and ongoing works. First, he told us of Graham Walker, the President of Patrick Henry College in Purcellville VA, and how he has started a church that meets in his home, with an average Sunday attendance of 25 people. He leads a Deacon’s Mass every Sunday. He’s connecting with believers in the community as he is the fulltime president of a Christian college, and half of the attenders are college students. Then Clancy told us of a plant at the Ashby Ponds Retirement Community in Ashburn VA. Deacon Dave Prosser is connecting with retired adults who have a memory of church but who are not necessarily in intimate relationship with Christ. He leads bible studies, prayer services in a very lonely community that doesn’t know love of Christ. Last, Clancy told us of a new congregation that is being planted out of Church of the Holy Spirit (CHS) Leesburg. Clancy met a Pakistani Christian lay pastor Ilyas Masih, who told him of his heart to reach Muslims and Hindus. Just this last Christmas, CHS sponsored an event and the lay pastor brought 30 of his Hindu and Muslim friends, many of whom are recent immigrants to the US. CHS fed them dinner, told them the Christmas story, and gave them gifts. Masih then followed up with them at separate events and several people received Christ! In each of these expressions, leaders are finding new and innovative ways of doing church. They’re not using much money; they all work another job while building the kingdom.

This new spirit of innovation and creativity has come from much of L10-2’s leaders being exposed to church planting in Africa. One of the things Clancy learned from spending time in Uganda was that he could never say with integrity again “we don’t have enough money to plant a church.” “In Uganda, they have a cadre of evangelists, which is a recognized office in the church. They target an area and get 10 or 20 evangelists to go there for about a week and win converts. Then they hand the converts off to a lay pastor/catechist/reader, who usually barely has a high school education. That new group meets regularly to worship and study the scriptures, and then perhaps once a month a priest comes to celebrate the Eucharist. Most priests have about 10 congregations.” This is similar to the Cannon “Greenhouse Model” championed by William Beasley. This pioneering model of planting is effective both in Uganda and in the North American context as well as it provides a way to plant churches with lay leaders with extremely little in the way of financial resources.

Clancy also shared wisdom from Nigerian bishops who recommend “starting a business, not just a church.” L10-2 has seen this African kind of entrepreneurial Spirit provide opportunities for new or even established churches to create their own resources. Clancy told a story about Church of the Holy Spirit when they lost their building after leaving TEC. “We saw a great building right off the highway. And we thought, ‘We can’t afford that.’ But the Lord was saying, ‘Oh yes you can, you just need to go to the landlord business.’ Believing God in that was taking a risk beyond what a typical church might take.” They bought the building, and then God brought together 4 other churches that were being planted at the time, each church fell in love with the building, so they rented all throughout the week, and CHS was able to pay the rent. So God can provide resources with creative risk taking.

Clancy also told us how L10-2 has seen that as they’ve prayed for church planters in the diocese, they’ve heard the call of God to proivide holistic support. L10-2 has become a “full-service” church planting movement. They have spent time to put an infrastructure together that identifies, equips and supports planters, trains and certifies church planting coaches, and provides internships and residencies to developing leaders. L10-2 draws on their decades of planting experience to put on extensive, mandatory “boot camps” for their church planters, preparing them to go out to take in the Lord’s harvest effectively.

Currently, DOMA allocates $200,000 a year for the work of the Great Commission Committee and L10-2. Much of L10-2’s success has come from this extensive history of leaders working together for church planting. L10-2 is not a brand new work of God. The name is a rebranding of the work that Clancy tells us has been ongoing for the last 20 years in Virginia. It started in the Episcopal Diocese of Virginia; a number of 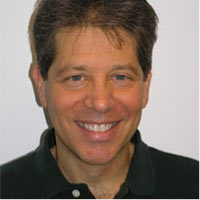 people who had a vision to reach unchurched people with the Gospel formed a diocesan committee. They proceeded to plant 4 fully resourced churches every year in Virginia. Clancy’s Church of the Holy Spirit was one of those. The work continued even after the split with the Episcopal Church, and when DOMA was formed, it again became a diocesan committee. For years, when churches failed (because planting is hard), the committee did “postmortems.” They used their failures as a learning lab. Especially important in the group of leaders and coaches who have been part of the movement for the last 20 years has been Fr. Tom Herrick who recently has transitioned and become the leader of the Titus Institute for Church Planting, which now provides consulting services to L10-2.

Let us all rejoice in and learn from what God has been doing in faithfully answering the prayers of His people to send laborers into His harvest field, and for the rich harvest he has provided!