At The Sound of the Trumpet: Planting at Oak Ridge Military Academy

The sound of the trumpet.

For the students of Oak Ridge Military Academy, the trumpet means “Get up, it is time for PT!” 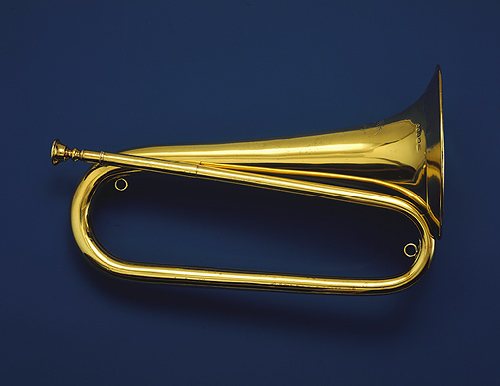 Early in the morning, young women and men jump from bed and don their uniforms, preparing to march. Outside the drill leader waits for them. He’s a veteran of 30 years, a retired Cornel, a man who has served in several branches of our Armed Forces including the Air Force and the Army, hardened by years of service in lowly platoons up to the highest echelons of pentagon decision making. He is an Anglican priest and church planter: Father Dan Nobles, President of Oak Ridge Military Academy and Rector/Planter of Christ Mission Oak Ridge.

Dan would have never expected to be the president of a High School military academy. It was not his plan; it was the Lord’s.

One day as Dan was driving through Oak Ridge, NC, he felt a great need from the Lord to pray. He saw on the side of the road the Military Academy and thought, “I wonder if they have a chapel?” There was a chapel, and after Dan prayed, he thought, “I wonder if the school has a chaplain? Maybe they could use some help.” Dan inquired at the office after the chaplain, but there was none. Dan spoke with the president of the Academy instead and asked if they could use a volunteer chaplain and the president excitedly agreed.

Dan spent a year as the volunteer chaplain for Oak Ridge Military Academy. When the former president moved on, the board interviewed Dan and asked if he would consider becoming the new president. Dan said, “I won’t do this if it takes me away from ministry. If it is an opportunity for further ministry, then my answer is yes. But I’m first and foremost a priest, and if this job takes me away from my call, then my answer is no.” The Academy is not a Christian institution, but the board agreed that Dan should be the next president, and that he would have the permission of the board to build a parish out of the chapel with the expressed focus of loving and serving cadets.

Dan was surprised and thrilled. God had led Dan into a situation he could have never sought out on his own, but one that brings together all of his gifts, allows him to serve the military he loves and gives him a tremendous opportunity to build the Kingdom of God. He now has the opportunity to do this in two complimentary roles: as the president of Oak Ridge Military Academy, and as the rector of Christ Mission Oak Ridge. 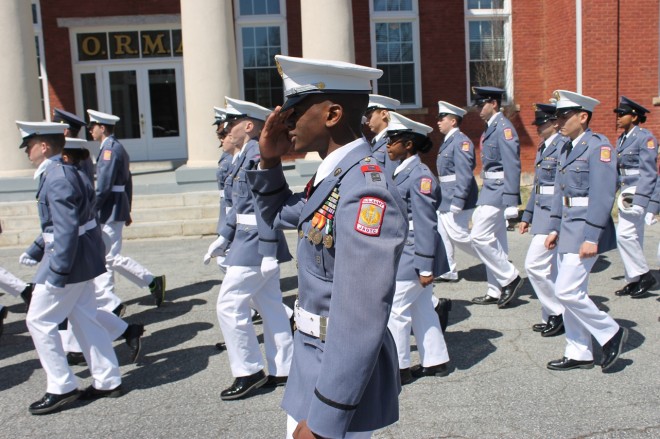 As the president of Oak Ridge Military Academy, Dan oversees the education of 110 cadets from all around the world. There are students from Russia, China, Honduras, El Salvador, Angola, Saudi Arabia, and Egypt. The nations have come to a little school in North Carolina. Many of these kids are functional orphans; Dan reports that at every school holiday, about 4 families will not take the children back home. In his dual roles, Dan is able to show the love of the Father to cadets who need both the authority and care God offers.

Dan has an opportunity to extend the love and grace of Jesus in challenging situations with many of his students. He told the story of a cadet who got into serious trouble just a few weeks ago, as a result she was demoted in rank and was removed from a position of student leadership. Dan told the cadet that he wanted to work through a process for her restoration. The young Jewish cadet was astonished (normally rank is lost forever). She asked, “why are you doing this?” Dan responded, “we all fail, we all seek restoration, we all need redemption from outside, and so who am I not to offer you what has been offered to me?” Colonel/Father Dan is able to teach grace in the midst of the rule and structure of the military.

In his role as Rector of Christ Mission Oak Ridge, Dan has the chance to shepherd and lead a faith 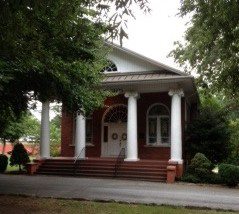 community that is focused on loving and serving cadets. A number of local churches have been born out of the Academy’s Linville chapel over the years, but none have stayed to serve the cadets. They always move on to bigger and better buildings and ministries. In contrast, Dan sees the vision of Christ Mission to be a faithful presence with the cadets for the long term.

There are around a dozen adults in worship every week, and the number of cadets ranges from 3 to 100. At this time Dan is focusing on building a strong adult parish, especially incorporating the staff and faculty of the Academy (many of whom are strong believers and live on campus). As adults are formed in Christ, Dan is confident many will “adopt” cadets as a natural result of their faith.

To explain Christ Mission to others, Dan associates it with liturgy. Dan suggests, “you can look at liturgy through the story of creation. God created structure, then he started creating life. He built structure before he built life. Liturgy as a structure can become rote and boring, or people can pour their lives into it and it becomes worship.” Dan explains that the same thing is going on Christ Church: together they are building the structure of the church and pouring their lives in. The result of this work is a worshipping community and new life for others, especially the cadets at the Academy.

Perhaps this is a proper metaphor for Fr. Dan’s entire body of work at Oak Ridge. Military structure and ridged discipline form the framework within which Dan is able to bring compassion, grace and truth. It is astounding how God has opened doors for this amazing planting opportunity and we ask you to join us in praying for the ongoing ministry of Fr. Dan as he excels as both an excellent President of the Academy and Anglican church planter.

One day the trumpet will sound and it will not be morning reverie. One day it will be the clarion call of the angels gathering the faithful to the throne. On that day there will be many more added to the number of saints marching in because of the faithful work of Fr. Dan Nobles at Oak Ridge.

To God be the glory.