“I saw a man coming, as it were from Ireland. His name was Victorious, and he carried many letters, and he gave me one of them. I read the heading: “the voice of the Irish.” As I began the letter, I imagined in that moment that I heard the voice of those very people who were near the wood of Foclut, which is beside the western sea and they cried out, as with one voice: ‘We appeal to you, holy servant boy, to come and walk among us.'” ~ The Confession of St. Patrick

Two years after moving to East Charlotte, NC in 2006, Mark Landon and his wife Jessica were beginning to hear God calling them to a new mission. They had fallen in love with the East Charlotte area, and though Mark worked as a youth pastor in South Charlotte at King of Kings Anglican Church, the Landons longed to be part of personal Gospel ministry in the community where they lived. They found themselves reading about St. Patrick’s ministry in the book “The Celtic Way of Evangelism,” and began to see great similarity between the challenges St. Patrick faced in his ministry and the challenges of ministry in Charlotte.

Mark describes the culture of 21st century Charlotte as chiefly dominated by two groups: “pre-Christians” who aren’t familiar with the Bible or Jesus to any significant degree, and “post-Christians” who have been wounded by their experience in the Church or are turned off to Christianity for cultural reasons. Attitude toward the Gospel is not the only place of great diversity in East Charlotte. A neighborhood where million dollar houses are mere blocks from government assisted living; where the population is equally black, white and hispanic and includes refugees from all over the world; where the age range is 88 to 18- it is a community diverse in ethnicity, sexual orientation, socio-economic status and age- East Charlotte is a place looking for identity. “It is full of people who use the same grocery stores, gas stations and schools, and yet have no connection point to help them know or love one another.” The Landon’s heart for this community continued to grow, hoping that it would be the Gospel of Jesus that could be that source of identity and connection.

After a long season of prayer and discernment with the leadership of King of Kings, in 2011, the Landon’s were commissioned to plant a new congregation in East Charlotte. So, St. Patrick’s Mission began in a living room with evening prayer, breaking bread, and, naturally, reading through “The Celtic Way of Evangelism.”

Mark describes the primary goal of St. Patrick’s as “loving the neighborhood without agenda.” They have 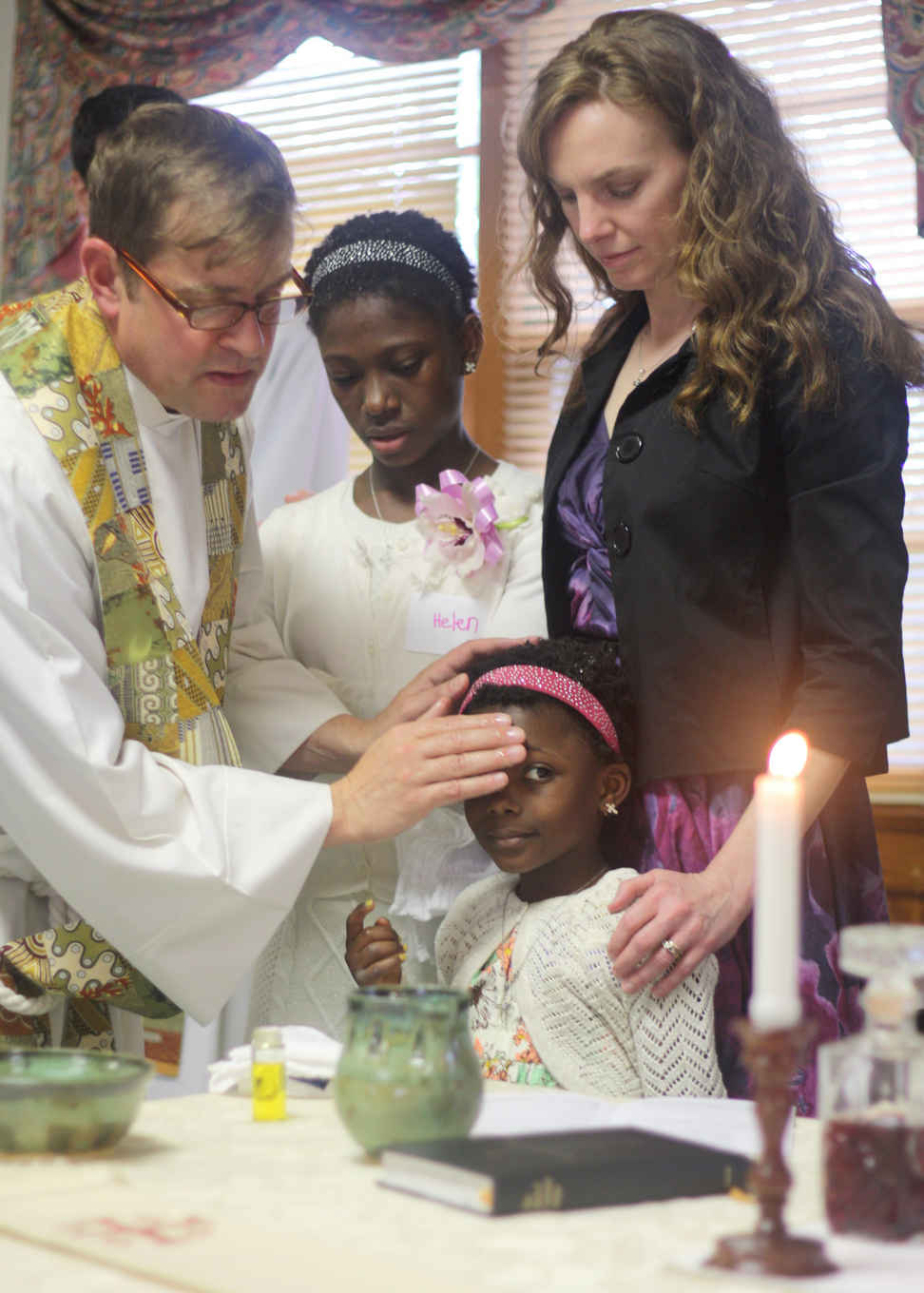 sought to put this into practice by working for the good of the area. Like their namesake, the desire of this new plant is to “walk among” the people to whom they have been called. So, outreach began with pouring time and resources into one of the most disenfranchised groups in the community: fourth graders with reading issues at the local (and aptly named) Shamrock Gardens Elementary. In addition to mentoring and tutoring at Shamrock, St. Patrick’s has partnered with a ministry called “learning help centers” that enters into poverty-level apartment centers with two goals: helping kids through mentoring and tutoring, and sharing the Gospel. They have also come into partnership with a local men’s shelter and serve dinner there once a month.

St. Patrick’s is committed to engaging incarnationally and relationally with its neighbors in the community. While half the congregation lives in the neighborhood, and invests in their neighbors by sharing meals, hospitality, and the Gospel, there are many others who live as far as 25 minutes away, but intentionally come two or three times a week to serve in East Charlotte. The heart of this new plant is their focus on community and discipleship.

Growing from 7 to 20 in the first year, the commitment to eat together put into motion a strong family bond within the congregation. It has been both a unifying practice and an outreach as neighbors and visitors to the church attend meals. As people come together in community St. Patrick’s uses a method of spiritual formation traditional in Celtic evangelism called “Soul Care,” in which people learn to listen to one another and to what God is saying through one another. The emphasis is on shepherding each other’s souls, and the hope is that this structure is scalable, and will expand into the surrounding neighborhoods. Mark says that St. Patrick’s is asking questions: “How do you tell the story of Jesus so that it really grabs people’s hearts? How do we creatively and proactively incorporate the story of Jesus into the church’s ministry–especially in a diverse area, where each sub-culture hears and interprets information differently.” St. Patrick’s is attempting to speak that Gospel in a language that is universal- by living it out.

Now in their third year, St. Patrick’s Mission has 35 members and is experiencing deep community. Though congregants are very different in age, culture and politics, they are learning to love each other, and out of that community of love, are also learning to love their neighbors. They have experienced incredible moments of healing in their midst, and it is becoming clear to the congregation that God is calling them into a deeper level of healing as a part of their ministry, specifically as they reach out into a community full of broken families and alcohol and drug dependency.

The vision of St. Patrick’s is to see the area of East Charlotte transformed and connected to Jesus. So, they are telling his story through hospitality and worship and by being people who serve well and bring justice into the community. St. Patrick’s is carrying on a great tradition as they boldly walk among the people to whom they have been called. 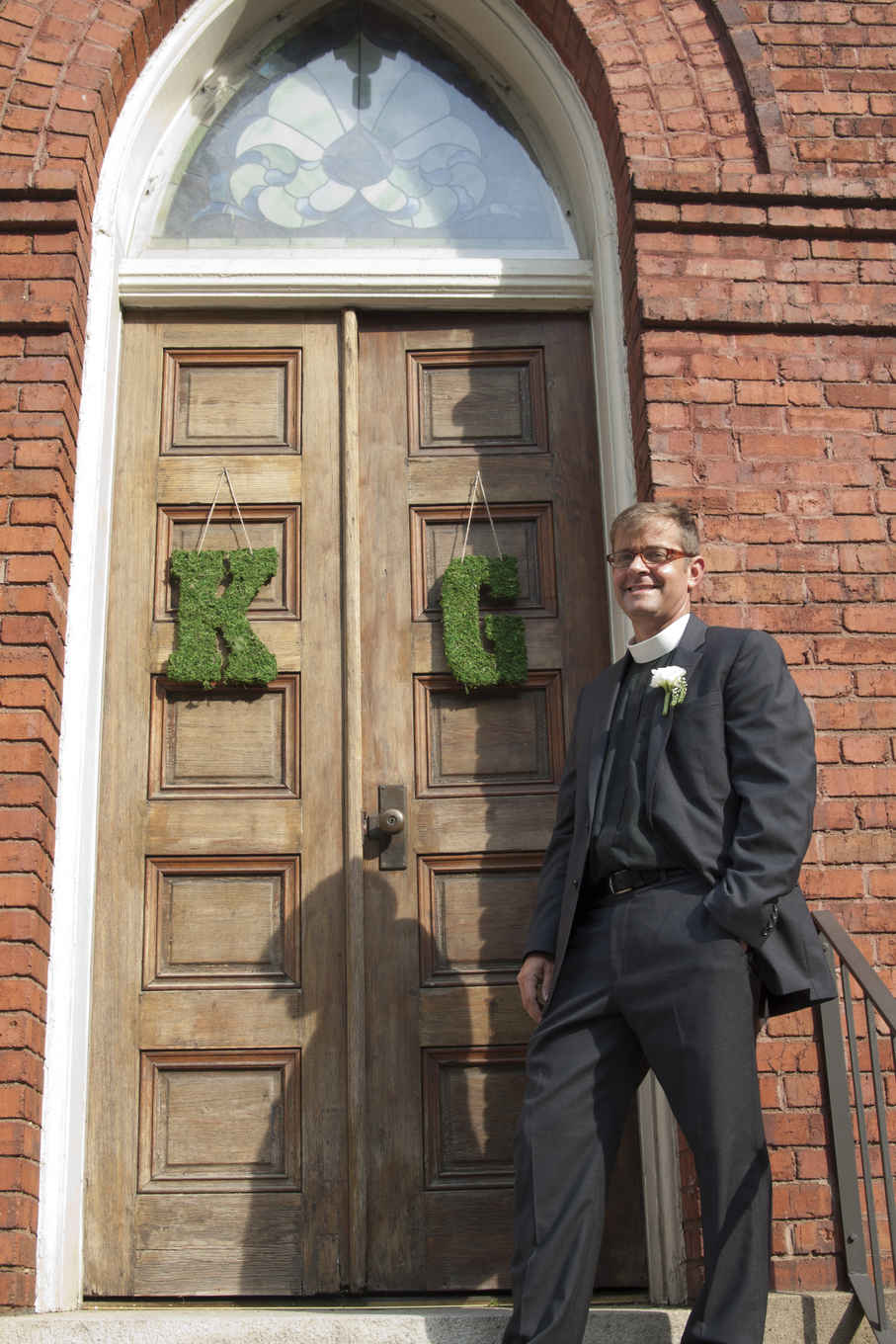 Get the blog feed