Low Country Outreach: "How can we serve?"

St. Thomas is known as “The Doubter,” the one who needed to see Jesus in the flesh to believe in the truth of the resurrection. In the community of Mt. Pleasant, a suburb of Charleston, South Carolina, a new church is being planted with the desire to incarnate the Gospel in such a way that the people of the low country can know that the tomb is indeed empty by seeing the power of the resurrection at work in tangible ways. Aptly named, this new plant is Saint Thomas’ Anglican Church.

St. Thomas’ rector, The Rev. Hamilton Smith, went to school in Charleston where he then worked as a lawyer for two years before attending seminary at Wycliff Hall in Oxford. He came back to Charleston to work for St. Michaels–a large episcopal church in the area with the heart and vision to be an international and national ministry hub. Hamilton worked there for four years, overseeing life groups and discipleship. Though he had a heart to know and serve his non-Christian neighbors, he found 90% of his time spent in office work with no time left to engage in the spiritually needy Mt. Pleasant area where he and his family lived and worked and went to school.

Mt. Pleasant is a community made up mainly of middle to upper class, Caucasian, white-collar, highly motivated folks. These are often people from the Northeast or Midwest who have moved to the area to live the “low-country lifestyle” in new, beautiful

expensive homes. Over 55% of this community is made up of cultural Catholics who do not attend church, making it an interesting exception to an area deeply rooted in the “Bible Belt.” Mt. Pleasant finds itself caught in a culture that is the fruit of a western humanist secular worldview. As Rev. Smith describes it, “My identity and substance is my income and accumulation of material goods.” This way of thinking creates a tremendous amount of stress and debt: both parents work constantly to achieve these monetary goals, leaving little time for family or marriage development.

Hamilton and his wife Lizzie had a strong desire to reach this area for Christ and they fit well into the demographic as two working parents in their late 30’s with 2 children. In addition, they both grew up in Mt. Pleasant and were familiar with the people and the idols and struggles unique to the area. They were feeling the call to truly engage and invest in this familiar community, but did not know the next steps. 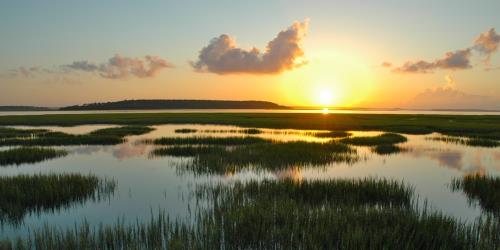 After hearing Tim Keller teach on urban church planting at the first Anglican 1000 conference, Hamilton started to see that his vision for bringing the Gospel to his community might be better realized through a new church rather than a new program and the Lord began to open a door. The Smiths began to resonate with the church planting strategies of the newly formed Diocese of the Carolinas under the oversight of Bishop Steve Wood. Not long after, Lizzie was offered a teaching job in Mt. Pleasant, which seemed to clarify God’s call to this area.

Through conversations and coaching with Rob Sturdy, the coordinator of church planting initiatives at St. Andrew’s Mount Pleasant along with the leadership of St. Michael’s, a strategy was crafted and in February 2013, St. Michael’s commissioned Smith as a missionary to Mt. Pleasant. Thus, St. Thomas’ of Charleston was formed as a joint plant between St. Michael’s and St. Andrew’s.

Hamilton was a full time planter by April 2013, and began to hold interest meetings over the summer. Out of a desire to fully equip his core team before commissioning them to engage in ministry, from September 2013-February 2014, he spent time casting the vision and training the people to be “ambassadors” to the city. “Praise God! There are so many amazing stories,” Hamilton says of the smoothness with which the church began. “I probably have the best plant team in the history of planting. They all wake up and go to sleep with a desire to see people come to know Christ.” Some have come from St. Michael’s and some from St. Andrew’s, while some “just fell out of the sky”: a vice-principal of the high school, a professional fundraiser, a professional administrator who volunteered to work unpaid for the parish. God was building a complementary team of leaders to form the core of this new work.

St. Thomas’ strives to reach non-Christians in the area through an emphasis on relational evangelism. Rather 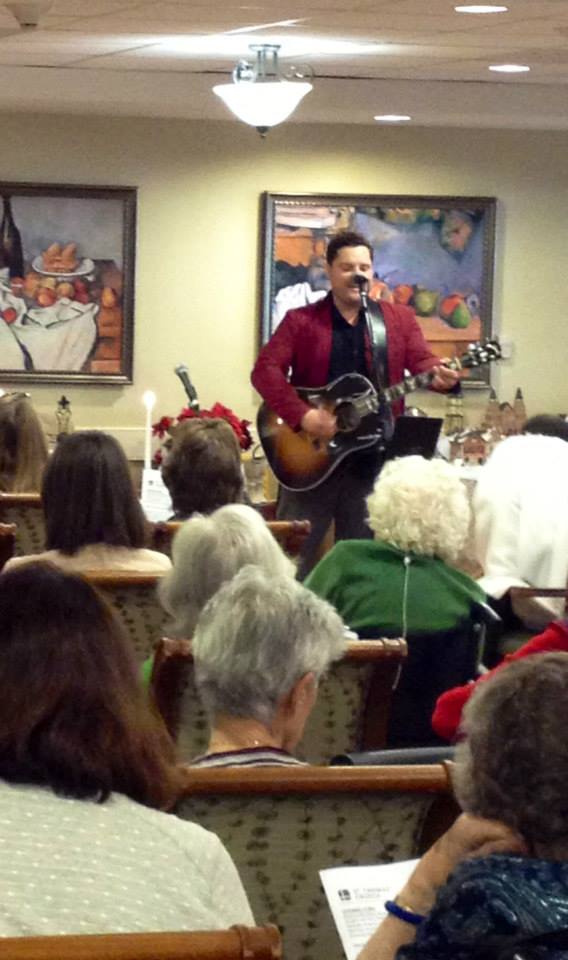 than creating a culture of “check the box” evangelism, where individuals step in and out of participation in programs, St. Thomas’ works to make evangelism part of “normal life” through consistent, engaged friendship. Rev. Smith believes this is most effective through small worship communities and does not want the church to be any larger than 250 members before planting again. Hamilton explains that the non-Christians who have joined their community have done so because they have a personal relationship with someone in the church–something that would be less likely to occur in a large church.

Another strategy of St. Thomas’ is being “blessing offensive.” “The very model…is to seek ways to bless the community for the sole purpose of blessing,” Hamilton explains. “It’s OK to bless just for the purpose of blessing.” For St. Thomas’, this looks like renting a space rather than buying one, having staff meetings at local businesses, and in general being rooted and in the community through purposeful expenditure of time and money. Being intentionally present in the community opens them up to opportunities of ministry to people in the neighborhood who use the same spaces. The effectiveness of this approach was most recently evidenced to the church through a scheduling conflict at their meeting space, a community clubhouse called the “Brickyard Plantation.” St. Thomas’ found its service booked in the same place and time as a Hindu religious celebration, and took the opportunity to minister to the Hindu people not only by changing their own schedule to meet earlier, but also staying afterwards to help set up the food and area for the Hindu celebration. The gesture surprised and impressed the Hindu people and also led to great conversations with the Brickyard administrator.

Instead of creating and over-committing in programs within the church walls, St. Thomas’ turns ministry outward, calling neighborhood leaders to ask “how can we serve?” and seeing evangelistic opportunities arise first and foremost through doing. Hamilton says that St. Thomas’ is a growing community because ordinary people share the Good News with one another: “Come and see this amazing Jesus. I thought all those same thoughts. I had all those objections. But now I realize he’s so much more.”

In Mt. Pleasant there is a group of people who have put their fingers on the wounded hands of the risen Christ. They have placed their hands in his side. They believe that the Lord has risen and everything is new. Now, they are striving to carry the proof of those marks to their city, this time using their own hands to erase the doubt and replace it with great joy. May God bless the work of the Smiths and St. Thomas’ Anglican Church!